Adventure into Marriage By Vanessa Prince 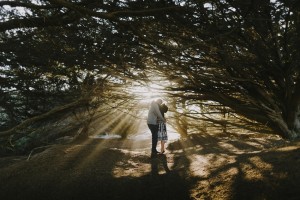 Domonic and Vanessa Prince, married February 2014, experienced an adventure of a photoshoot with wedding and engagement photographer, Nirav Patel. Nirav is a good friend of Vanessa’s, from their days attending UC Davis, who volunteered to shoot the couple as a wedding gift. The couple happily accepted and flew to Northern California from Los Angeles to partake in the opportunity. 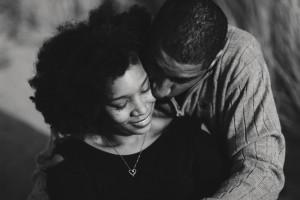 Shares
The couple shares: “The day started mid-afternoon, when we loaded  up Nirav’s Jeep and headed into the hills outside of Napa 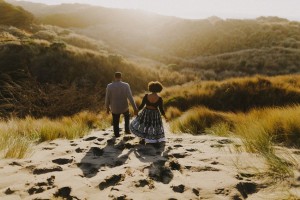 Shares
Valley.  There are some  amazing forest  areas, cliffs, and  patches of valley  all around when  you drive through.  We took our time  heading through       the forest, stopping off whenever Nirav saw a good spot to shoot. He’s a very creative and spontaneous photographer with an amazing eye, so we trusted his vision. We knew that the final product would be something that would be unlike many other typical engagement photos, and we were willing to do whatever we needed to make the magic happen.”
“I was even willing to climb one of those trees!” Vanessa exclaims, giggling, but you know she’s dead serious. Some of this tomboyish nature shows itself in some of the images of Vanessa jumping and climbing about. It definitely made for an exciting shoot, they explain. 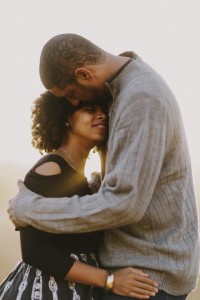 Shares
But the real essence of the shoot is the connection that Domonic and Vanessa share.  It’s the tender moments at sunset, or the playfulness of dancing in the sand. Even  holding hands as they gaze out into the ocean, and into the possibilities of their            future together, seems so foretelling of their bond.

“We enjoyed this photoshoot because it wasn’t about the glam or the staging of the  shots. Nirav 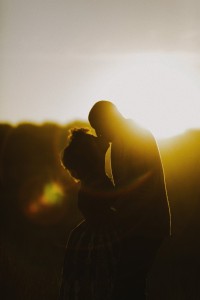 Shares
made us very comfortable, and just let  us do our thing,” Domonic says. “He kind of flew  around us like a hummingbird, and was able to  capture some amazingshots. We were very pleased  with the outcome.”
Domonic and Vanessa were married on February  22nd, 2014 in a 1930’s-themed wedding. More  images to come soon, including a “Bride Diary”  article from the bride herself. Stay tuned! To catch  a glimpse of their wedding, search: #Daveewedding  #Princewedding
Shares